SUCK IT 2010 IS OFFICIAL! ITS ON! CLICK HERE FOR ALL OF YOUR CAMPAIGN INFORMATION. DON’T FORGET TO COME OUT AND VISIT US AT CAMPAIGN STOP #5 – THIS THURSDAY AT THE PLANE NINE SKATEPARK IN THE MILLS MALL! THANKS TO TRACIE BIBB FOR JUMPING ON BOARD AND HELPING US WITH THE CAMPAIGN! TEXT “QUOTE” TO 48258 TO GET HER CONTACT INFO. IF YOU GET A QUOTE FROM HER BY CALLING HER UP – SHE’LL DONATE A BUCK.

If you want a NINJA sticker don’t forget to send a SELF ADDRESSED  STAMPED envelope to the address listed below and I will send you out a sticker:

– This out of the New York Times. How funny is this?  A woman was walking through a mall in the Time Warner Center where this giant bronze statue named Adam.  It made her pause.

She says, “Wow – this thing hit me right in the face.”  What is the thing?  It’s the statues genitals.

The best part is that the wong is golden and the rest is bronze!  Ha!

She didnt mean foreals hit her in the face…but it damn near might has.  It’s giant.

Check out this photo.

<—–CHECK THIS BITCH OUT! GOO! This guy in Illinois was so curious that his 2 year old was so good with his babysitter. Why? Because the babysitter was BEATING THE HELL OUT OF THE KID.   Oh my god – she is disturbing.  This is obnoxious.

– We brought up some emails that people had bitching about what we said about the NPR firing Juan Williams for what he said about a Muslim on a plane.  Listen – Woody’s wife brings up a good point.  If there is a story about a rapist on the loose, and a shady dude is walking towards her – she would be a little nervous about it.

– In Minneapolis there is a Haunted Experience that is called, “DEATH.”  It’s an underground haunted house..like, not under the ground..but like hush hush underground.  You find out the place by word of mouth.  You show up.  Three dudes grab you wearing masks – they shove you in a trunk with a dead goat.  Then they throw you down and blindfold you and bind your wrists.  Then they dig your own grave – throw you in a coffin, and bury you alive. Then after twenty minutes – they dig you up and leave and say nothing.  WTF.  That sounds awful.

– Someone forget to put the parking break on.  It rolled back through a fence at the post office and into the river.  Who did it?  A man or a woman?

– The highest courts over in the Middle East have said that if a man beats his wife and doesn’t leave bruises and scratch marks – they are NOT breaking the law.  Funny thing is – this is like a victory for women.  Wait – WHAT?!

– Wild Week 7 in the NFL. Click here for full RECAP
– World Series starts on Wednesday.  Giants v. Rangers.  Crazy right?
– Blues get victories against the Blackhawks and the Penguins
– Mizzou beats #1 Oklahoma and moves to 6th place in the BCS standings.

<—— Russell Brand and Katy Perry got married in India over the weekend.  So – here is the weirdest thing…two of Russell Brand’s bodyguards got out of their jeep..and beat the bejesus out of them AND THEN LEFT THEM IN THE SANCUTARY!!!!

– Brett Favre recently met with NFL officials and admitted to have phone calls with the NY Jets employee but he said that he NEVER sent wonger pictures.

– The judge didn’t send Lindsay back to jail.  He put her on lockdown at Betty Ford.

– Randy Quaid and his wife were picked up in Canada because they said they were fleeing the U.S. because they were afraid that someone was out to murder them like their friends were murdered.  Their friends? Heath Ledger (overdose) David Carradine (sex fail death) and Chris Penn (heart disease).

CRAPPY BIRTHDAYS:
Katy Perry is 26
Pedro Martinez is 39
Chad Smith is 49
Nancy Cartwright is 53
James Carville is 66
Bobby Knight is 70
Marion Ross is 82

Keisha – 44 –   Today’s birthday girl has had more people up in her guts than a pumpkin in a pumpkin carving contest in 294 fun films including:

– Fatal Erection
– Ali Boobie & the 40 D’s
– The Long Ranger
– Gazongas Galore Vol. 2
– The Fist, The Whole Fist, and Nothing But The Fist
– Bimbo Bowlers from Buffalo 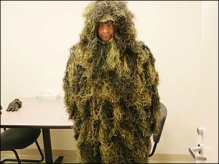 Today’s story comes to us from Oregon where there was a break in at the Rock and Mineral museum.  When the searched the premisses no one was inside – but the dog was obsessed with a patch of grass – when the dog bit the grass – our criminal (who was wearing a full green moss suit) was caught by police.
Check out this douches mugshot.
Like really?  You thought this was going to help you get away? Now you just look like a douche and were caught.

THE DOGHOUSE:
Dan – Told his wife to hide the ice cream bar in her vagina because he never would find it because he doesn’t see that it anymore.
Victor – His daughter had brain surgery and he played a joke on his wife making the kid come out and go ,”Who are you…?”
Steve – A stripper ripped of his undies and his lady is SUPER pissed about it.
Richard – His wife is dream pissed at him.
WINNER: Victor gets the VICTORY!  GETTING IT!.

WHAT’S UP GRANDMA
CLUE #1 – Bigger than a pinball & smaller that a softball
CLUE #2 – Animal died for it to be made
CLUE #3 – Most are red, white, and black!