WTF! Metromix changed their who “bracket” of Mic Madness….Why change it?  Are they scared of the WAR Mafia?!  This is ridiculous! WE ARE GOING TO GET TO THE BOTTOM OF THIS! THIS IS INSANE!

LUCKY! A DUDE WAS SORTING THROUGH SOME OLD RECEIPTS AND HE FOUND A LOTTERY TICKET THAT HE BOUGHT LAST YEAR…JUST SHORT OF A YEAR AGO…HE DECIDED “HELL, BEFORE I THROW THIS AWAY I’M GONNA CHECK OUT THE NUMBERS…”  IT WAS A $9 MILLION DOLLAR WINNER!  DUDE CASHED IT IN JUST DAYS BEFORE IT EXPIRED!  LUCKY!  TAKE A TREASURE BATH!!!!

CRAPPY BIRTHDAYS:
Stephanie Gaga is 25
Julia Stiles is 30
Kate Gosselin is 35
Vince Vaughn is 41
Conchouta Ferrell is 68
Reba McEntire is 58
Shanna Moakler is 36
Dianne Wiest is 63

TUESDAY: A woman has filed a police report after her 15-foot (QUOTE)”expert dancing pole” was stolen from her home.  The 19 year old told cops that she was packing up all her stuff after breaking up with her boyfriend – when she realized the $400 pole was missing.  The couple had broken up that day and she was getting all her ‘ish out of his house.  She said she was working for 1p-6p and when she got back to get the rest of her stuff, her X Pole Expert dancing pole was no where to be found.  Of course the ex-boyfriend is saying he went to the store and someone must of stolen it – but this thing is huge and requires to be taken apart and nothing else was missing from the home.  He claims innocence, but the girlfriend is sticking to her story claiming he is hiding the stripper pole.  Cops say there no suspects.

WEDNESDAY: A man was running from cops and crashed his truck but when he was finally caught he had a very believable excuse.  He said Dr. Phil warned him of an alien attack.  Before he left the house he ripped out the phones and the smoke detectors and swore he saw a helicopter that he promises was the aliens.  Then he didn’t stop because the lights and sirens from the cops…he thought they were from aliens.  He said he got high and then heard the warning…but…getting high had NOTHING TO DO WITH IT according to him.  Total hooshe!

THURSDAY: 49 year old Keith Gruber was at his DUI case and pissed off the judge.  Strike 1: He showed up an hour late….Strike 2: He showed up hammered.  Strike 3: Dude had an open container of Busch beer and had four more unopened in a bag.  The judge asked if he enjoyed his liquid lunch….and the guy replied, “I sure did………………..and I am sorry.”  He was sent to jail with NO bond.

FRIDAY: TODAYS HEADLINE HOOSHE COMES TO US FROM OCALA, FLORIDA where 92 year old Helen Staudinger just wanted a kiss from her 53 year old neighbor Dwight Bettner.  Dwight said he thought his elderly neighbor had a crush on him, but in honesty, he would only go over there to do neighborly stuff like take out her trash.  Well – here is when this whole thing gets REAL hoosier.  Right around noon, Dwight got into an argument with Helen when she came to his house and refused to leave.  She said, “I want a kiss before I leave.” Of course he said No and told her to leave and she did after he slammed the door in her face– but of course she was upset.  Shortly after she left, bullets started raining down on Dwight’s house (sweet Mobile Home)).  One actually flew through a window he was standing by.  When he looked out the winder (window) he saw that his 92 year old neighbor had also shot up his BRAND NEW 2001 Mitsubishi 3000GT ((the last 3000 was made in ’99)) that he “loved so much.”  The neighbor was arrested and Dwight says he’s looking to move.

LISTENERS VOTED KEITH GRUBER – THE COURTROOM CANNER AS THE HEADLINE HOOSHE OF THE WEEK!

CLUE #1 – Most are made of wood and metal 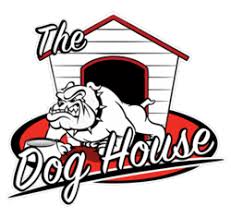