WE WANT TO PUNCH THIS “C” IN THE FACE:

EMAIL FROM THE PEOPLES….
WELL…THE MOST EMAILED TOPIC OVER THE WEEKEND WAS THE REASON FOR WOODY BEING OFF ON FRIDAY…..THE ANSWER IS………..HE JUST TOOK A DAY OFF!
EVERYONE…RELAX….EVEN THE BEST NEED A DAY TO REST. HE’S BACK TODAY AND THE GANG IS TOGETHER AGAIN!
HOW ABOUT THOSE STORMS? CHECK OUT TAPES FROM INSIDE LAMBERT AIRPORT WHEN THAT SON OF A BITCH HIT….CRAZINESS!

TUESDAY :In Russia, a dude was hanging out with his friends getting drunk.  They started talking about boxing.  One guy said Tyson was the best.  His buddies said the Klitschko brothers were the best.  His friends said that the Tyson guy wasn’t being a true Russian.  Well they started fighting…and the Tyson fan decided to stab it out with one of the guys.  One guy took off and got away..but the other DIED! He was arrested for murder! TOTAL FOREIGN HOOSHE!

WEDNESDAY: There was a party going down when some hoosier threw a smoke bomb into the party.  Well – it was a party that celebrated Adolf Hitler and The Start of The Civil War….The smoke bomb added just a little bit of a rainer on the party as people had to be evacuated and no suspects were seen fleeing the seen.  The description given to cops was very vague. A birthday party for Hitler?  That alone is MEGA HOOSHE!

THURSDAY: Cops busted a man for burglarizing a home and taking more than 100 frozen dinners. 47-year-old Glenn Byers loaded up a baby stroller belonging to the victim to transport 110 frozen TV dinners. Besides the stroller and frozen food, officers say Byers took a tote bag full of comic books, kids toys and a battery charger from a shed and carport outside the home. Byers told police he was going to give his friend the dinners to repay a debt he owed the friend. He also said he thought the location was abandoned.

FRIDAY: 23 year old Chuck R. Daniels was arrested and charged with urinating in public after he decided to relieve himself on a the car…of a state trooper.  Now – Chuck was arrested earlier in the day and when he was released…he found the cop car…and decided it would be sweet pee revenge.  Peeing on a cop car as retaliation?  That’s 100% HOOSHE!

CHECK OUT THIS BONUS HOOSHE!  IT’S A HOOSHE PLAY HOUSE! 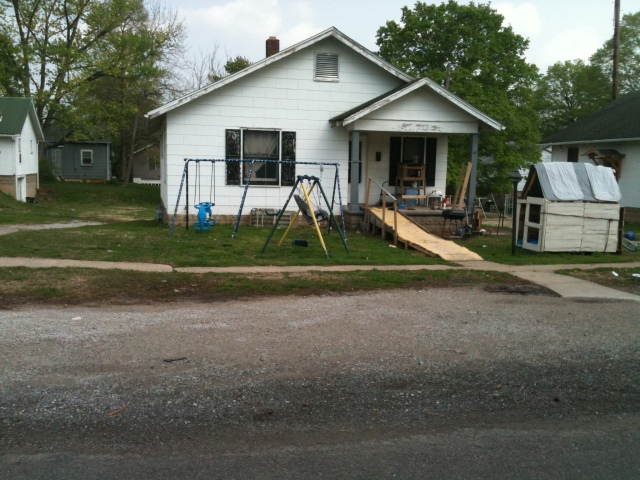