Tomorrow – the world will end at 5PM. According to some a-hole online. He claims that he created a formula through Bible verses…and found that the tomorrow is it. WRAP IT UP!

WHAT HAPPENS IF ZOMBIE’S ATTACK TOMORROW?! IT IS THE END OF THE WORLD…I DON’T GET IT! I’M SO SCARED….THANK GOD THE CDC RELEASED A GUIDE FOR WHAT YOU SHOULD DO. CLICK HERE TO CHECK IT OUT.

A woman was pulled off the train – a 15 hour Amtrak journey – after she was talking on her cell phone SO LOUD that she was disturbing people on the train. That’s hella annoying. TAKE THE TEST TO SEE IF YOU ARE ANNOYING? CHECK OUT THE QUIZ RIGHT HERE….

WOODY’S SARCASTIC PICK OF THE WEEKEND: Saturday Night – My Cat From Hell on Animal Plant.

TODAY’S HEADLINE HOOSHE COMES TO US FROM TENNESSEE, where cops say 21 year old Zachary Wood was driving around with several of his friends in their four wheel drive vehicles. Zach and his buddies were doing some OFF ROADIN’ as they call it. Zach and one of his other buddies started talking cars and got into a fistfight when they disagreed that Ford was better than Chevy. That’s when Zach had enough. He pulled out a knife and stabbed the man several times. The man was taken to the hospital with serious injuries, and Zach was taken to prison. He was charged with aggravated assault. Ford or Chevy argument leading to a stabbin’? 100% Headline Hooshe material! 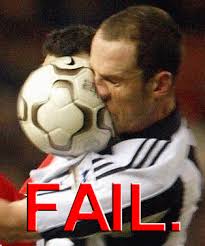 – A TSA agent went through a security checkpoint with a fake bomb for a routine test…one problem…no one told cops and the airport was evacuated and he was surrounded by cops.
– Woman in Germany was getting attacked by a dog and she got away…she hid behind a door…but a stray bullet that was being used by cops to kill the dog hit the woman through the dog.
– A dude runs into a gas station and grabs a donation jar and flees the store. He takes off even though no one was chasing him…and got hit by a bus.
– An exterminator was trying to get bed bugs out of the house using thermal-extermination. Well – bad news…the house burnt down….Good News….no more bed bugs.
– Around 3am in Georgia when two dudes broke into a high school. They set off the silent alarm and cops showed up. Well – the idiot grabbed a fire extinguisher and wanted to spray the cops as a distraction. And then he took off and knocked himself out when he ran into the wall.
– A man tried to kill himself by swallowing mole poison. They get this dude to the hospital…so a hazmat team was called in because apparently he was foreal breathing fire.
– A voter registration hotline was actually a sex line. The press released put out the wrong number.
– A dude in Denver got dumped by his lady. He owed her like $11,000 in cash and that’s why they broke up. What did he do? He went through about a 12 month bank robbery spree…and gave it to her…what did she do? She calls the cops. 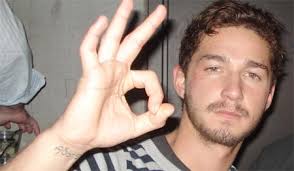