CHECK OUT THIS VIDEO…THIS DUDE IS BANGING HIS OLE LADY…WHILE HE IS DRIVING HIS MINIVAN!  IT’S AWESOME! 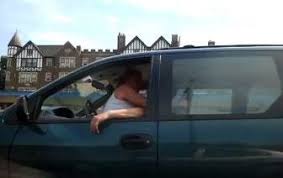 CHECK OUT THIS FIRST OF ALL FROM HELL’S KITCHEN….CAN YOU SPOT IT?!

FIRST OF ALL: WORK THEIR MEAT!

HERE IS ALL THE FIRST OF ALL WORDS:

PATRICO SPORTS THEMES:
7AM SPORTS: LIKE A 5 YEAR OLD
9AM SPORTS: AN AUSTRALIAN

TODAY’S HEADLINE HOOSHE IS A LOCAL HOOSHE COMING TO US FROM CLASSY GRANITE CITY where 26 year old Matthew Boone was arrested for aggravated battery.  See Matthew wanted to buy himself a brand new refrigerator…but he thought he was being charged too much for it.  So, what did he do?  Did he A) attempt to bargain with the man and try and get him to lower the price…OR….Did he B) grab a sword and hit the man over the head with it?  If you guess B..you are correct!  The victim had to get a couple stitched to close up his wound and Matthew was arrested and currently sits in jail on a $40,000 bond!MIKE ACTUALLY CALLED IN!  CHECK OUT THE 7AM PODCAST TO HEAR HIM CHECK IN WITH THE SHOW. 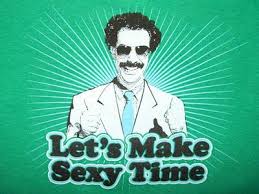 WE ALSO TOOK SOME VASECTOMY STORIES AND WOW…NOT FOR THE FAINT OF HEART.  CHECK IT OUT…ALL ON THE PODCAST!

+ 56% of men have had sex at work
+ More woman talk dirty than men during sex
+ Sex is a natural antihistamine
+ Impotence is grounds for divorce is 26 states
+ Only 17% of women are likely to have an orgasm during sex
+ A man will ejaculate 18 quarts of semen in his life
+ 52% of people say evening is the best time to have sex. (47% say Late Night, 33% say the morning; Afternoon says 21%)
+ Average person has sex 2.3 times a week
+ 63% of people say they wish they were having it more
+ Married couples say they have high sexual satisfaction than single people
+ The most common “exciting” place people have had relations …..is in a car!
+ Men say their favorite positions are missionary & doggie style.  Women say: Missionary & then being on top.
+ 19% have sexted and 19% have had cyber sex. 18% have ACTUALLY had sex with someone they met over the Internet.
+ L.A & Houston bone the most.  Philly and Dallas bone the least.
+ On Average men reach orgasm at 2.5 minutes….Women it usually takes 12.
+ The average erect penis size is 5 inches
+ Men with a good active sex life are more likely to live past 80
+ 30% of women over the age of 80 still have sex with their spouses or boyfriends.

THE SEX NUMBER & WHAT IT SAYS ABOUT YOU:
According to new research the more partners and exes a woman has, the LOWER her chances are of getting married.  Women most likely to get married have an average of 10.5, while women with over 20 partners may have missed, “the one.”

Check out this doucher.  17 year old Tyler Hadley put out an invitation to a party that he was planning on having later that night.  At some point – Tyler decided to KILL HIS PARENTS WITH A HAMMER! But, the show must go on right?  So – he went through this party and had about 40-60 people in the house…WHILE HIS DEAD PARENTS WERE IN THE ROOM RIGHT IN THE HOUSE!  So – he bragged about it and showed the bodies to his best friend….and the friend called the cops….at 4:30AM cops showed up to the house and found the bodies….why did he do it?  Because the parents said he couldn’t have the party!  Are you $#!%%ING me?! He’s been charged with two counts of second-degree murder and being today’s DBAG OF THE DAY!