TODAY IS THE DAY!  I GET ATTACKED BY DOGS AT SCOTT AIR FORCE BASE!  OH GOD!  WE ARE VIDEO TAPING IT.  WE’LL LET YOU KNOW HOW THINGS GO…

MAYOR FRED AND THE CRAIGSLIST FREAK OF THE WEEK!

WHAT DO THE AVERAGE MEN PREFER?!
A study of over 2000 men said that over 1/3 of the men surveyed find brunettes most attractive.  In total  – around 60% said they prefer dark hair.  The guys who dig blondes made up around 30%.  Dead last?  Red heads – sorry gingers!

OUR TEXT POLL SHOWED THAT OUR LISTENERS DIG BRUNETTES, THEN REDHEADS, THEN BLONDES! 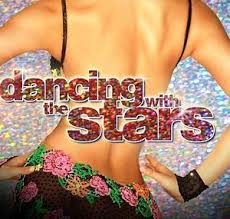 CHAZ BONO AND PATRICO (WITHOUT THE BEARD)….RELATED?

A couple of Pennsylvania newlyweds are behind bars after police say they were caught shoplifting food for their reception from a supermarket.  32-year-old Arthur Phillips III and his bride, 22-year-old Brittany Lurch,were arrested Saturday after taking more than $1,000 in merchandise from a supermarket. Police say the couple was captured on surveillance footage loading a shopping cart and leaving the store without paying. The couple admitted taking the items when arrested. Police say the newlyweds told officers they’d been married a couple days earlier and took the food for their wedding reception that afternoon.  Phillips and Lurch are each charged with misdemeanor counts and are being held on $2,500 bail.

THAT SUCKS!
+Metal thieves hit up a California farm and tore down a fence allowing six horses to wander near a busy highway.  One horse was hit and killed by a casino bus.  That horse was one they used as therapy for special needs kids who visit.

+It was supposed to be nice, scenic, leisurely ferry ride for tourists in Finland,  During the trip, the captain of the ferry had to use the potty.  He got LOCKED IN THE BATHROOM AND CRASHED THE SON OF A BITCH INTO SOME ROCKS….54 people on board were injured.

+ A 77 year old farmer was bailing some hay in a tractor and lost control of the tractor and it went into a ditch and crushed him to death!  FAIL!

+ A man staying at a Red Carpet In in North Carolina…woke up last Friday morning and found a naked drunk dude getting out of HIS car.  The dude puked and took a deuce in his car too!  SUCKS!

+ So a dude gets in a car accident.  SUCKS.  During the surgery to help this dude out…a fire breaks out.  SUCKS.  And everyone leaves the building….and forgets to grab this guy who dies from smoke inhalation.  SUCKS! 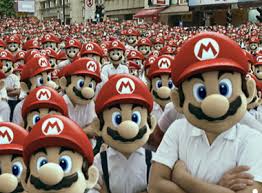 CHECK THE 8AM PODCAST FOR GOTTGAME WITH MASTERS. Check out his website by clicking HERE.