Check out Twitter page for the Michael Hunt audio that we played today.  You can find our Twitter page by clicking HERE.  Michael Hunt was supposed to talk but no one told First name: MIKE…..Last name: HUNT to stick around.  Too funny!

CHECK OUT SOME OF THE RED & TUBE BAR PRANKS CALLS THAT WE ALSO PLAYED THIS MORNING.  THEY ARE FILTHY!  JUST A WARNING.  CLICK HERE!

Michelle Obama went to Target the other day.  She walked in incognito and wore a baseball hat and sunglasses.  Secret service scoped out the place earlier in the day and then she went in and even pushed her own cart!  Neato! 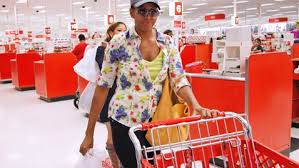 BEAT A WOMAN GAMES OF THE WEEK:

OUR 4th  CONTESTANT WHO WILL ATTEMPT TO BEAT A WOMAN (RAVEY)….AT FOOTBALL PICKS IS Jimmy.  IF HE WINS HE GETS A HOTSHOTS GIFT CARD AND A CHANCE TO WIN A SUPER SWEET GRAND PRIZE!  IF YOU WANT TO GET IN THE ACTION…EMAIL US WHY YOU CAN BEAT A WOMAN ….IN FOOTBALL PICKS TO whatitdo@1057thepoint.com.

1) Steve in Washington: Brother stole a car and the owner caught him and beat him so bad he was put in the hospital.
2) Cameron drove a riding lawn mower off of a retaining wall.
3) Jeremy: His buddy was hammered at a Drunk Driving Awareness Event.
4) Tim tried to impress a girl by doing a 180 in his car and smashed into her vintage Mustang. ((WINNER!!))
5) Robert’s buddy was on his first day back on the job and backed a dump truck into his bosses truck.