It was a beautiful dream while it lasted, but now it looks like it’s over:  JIM CARREY has decided NOT to do the “Dumb & Dumber” sequel . . . because he thinks the studio heads were showing a, quote, “lack of enthusiasm” for it. The movie was going to be called “Dumb & Dumber To”, and both Carrey and JEFF DANIELS were going to return.  But without Jim, there’s pretty much zero chance it’ll happen. Carrey issued a statement saying, quote, “I would have thought ‘Dumb & Dumber To’ was a no-brainer.  After all, it’s implied in the title.”

Earlier this week, VH1 premiered a new reality show called “Love & Hip-Hop: Atlanta”, and rumor has it this season could get EXTREMELY CONTROVERSIAL. The unreliable site MediaTakeOut.com claims one of the stars gets talked into having an abortion . . . and VH1 takes their cameras INSIDE the operating room to, quote, “actually film her killing the baby.”  VH1 has not commented. The woman is “up and coming Latina rapper” Joseline Hernandez. ((CLICK ANY PICTURES TO SEE THEM FULL SIZE)) 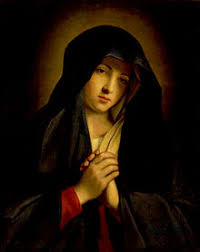 So this is guaranteed not to cause any controversy whatsoever: It’s a movie about Jesus in which Jesus performs no miracles and was, quote, “a radical prophet who performed exorcisms and was convinced he would find the kingdom of Heaven on Earth.” He also had no idea he was going to die on the cross.  Oh, and he wasn’t even the son of God.  Instead, he was conceived when a Roman soldier raped his mother Mary. The movie will be directed by PAUL VERHOEVEN . . . whose credits include “Robocop”, “Basic Instinct”, the original “Total Recall” and the mighty “Showgirls”. It’s based on a book Verhoeven co-wrote called “Jesus of Nazareth”, which was the culmination of decades of research on Jesus’ life. As if Christians don’t already have enough reason to hate this idea, the script is being done by ROGER AVARY, who co-wrote “Pulp Fiction” with QUENTIN TARANTINO.

Not that she actually will, but KRISTEN STEWART has something to smile about today.  Forbes.com has named her Hollywood’s Highest-Paid Actress. Over the past 12 months, Kristen has banked $34.5 million.  Thanks mainly to “Twilight”, of course . . . with an assist from “Snow White and the Huntsman”. CAMERON DIAZ came in second with $34 million.  Believe it or not, a good bit of that came from “Bad Teacher”, which was a pretty big hit.  Cameron took a smaller salary in exchange for a cut of the profits, and it paid off. 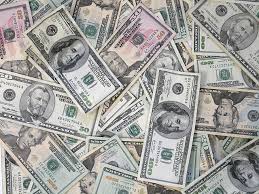 AXL ROSE isn’t known for being EARLY . . . but he was during GUNS N’ ROSES’ show in France last weekend.  He wasn’t early for the gig . . . of course . . . he was early for the second verse of “Sweet Child O’ Mine”. The performance got off to a rough start.  As Axl was making his grand entrance, he tripped and fell on his face while trying to run up to a platform on the stage. Then, he completely skipped over the first verse . . . “She’s got a smile it seems to me” . . . and went straight into the second verse, which begins “She’s got eyes of the bluest skies.” To keep the song from derailing further, he repeated the “bluest skies” verse in its normal place. You can find video on today’s show blog. In fairness, Axl screwed up the lyrics right after wiping out, so he was understandably a little discombobulated…..but he’s such an ass, that we’re just enjoying watching him fail. 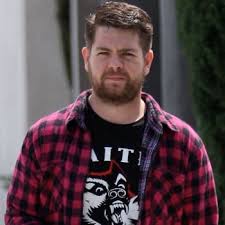 JACK OSBOURNE was on his mom’s show “The Talk” yesterday to discuss his multiple sclerosis. He says he found out about it five weeks ago, when he went blind in his right eye and went to the doctor. He has since regained 80% of his vision . . . although he says that over the last three or four years he’s had what he now knows were other symptoms, including bladder and stomach problems and numbness in his legs. But he said, quote, “Honestly, I’m fine.”  He added that it’s a, quote, “huge misconception” that MS is a death sentence.

One day after ALEC BALDWIN attacked a photographer outside City Hall in Manhattan, he was accused of running over a reporter’s foot with his bike. Sources say Alec ran over the foot of a female “Inside Edition” reporter as he was leaving his apartment yesterday.

The “New York Times” says NBC is preparing to replace ANN CURRY on the “Today” show.  She became a co-host just last year, when MEREDITH VIEIRA left. Supposedly, NBC News is offering her a different role . . . perhaps as a “foreign correspondent” . . . that involves a little more “serious reporting.” If Ann is leaving, it’s unclear who would take her spot . . . but some people say it could be SAVANNAH GUTHRIE, who co-hosts the show’s 9:00 A.M. hour.

Check it out guys:  It’s not just men who get hosed on child support.  HALLE BERRY has been ordered to pay $20,000 a month to her ex Gabriel Aubry.  Even though their daughter Nahla is 4, there’s never been a child support order until now. Halle and Gabriel still haven’t settled all their issues.  Now they’re fighting over whether or not Halle can take Nahla and move to Paris to be with her boyfriend OLIVIER MARTINEZ.

THURSDAY TV:
ABC: Game 5 of the NBA FINALS – Oklahoma City Thunder at Miami Heat.
MTV: The premiere of SNOOKI & JWOWW
FX: The 2nd season premiere of WILFRED
NBC: Part 2 of JUSTIN BIEBER: ALL AROUND THE WORLD
FOX: THE CHOICE