SNOOP DOGG went to Norway yesterday to perform at a local music festival, and it was an eventful trip. First off, customs officials detained him at the airport when a canine unit smelled marijuana.  He had eight grams of weed on him, which apparently isn’t that big of a deal in Norway.  The punishment is just a fine. Some reports say it was about an $800 fine . . . others say it was closer to $2,000. However, he also had a “large amount of cash,” which “exceeded legal limits.”  It’s unclear how much he had, but the fine for that was about $8,600.  He paid it, and was let go. So let’s just assume the first fine was the minimum…..$800….and the second one was $8600……that means his little “vacation” already cost him (before you figure in plane tickets, etc) $9400! Then, he was five hours late for a scheduled appearance. When a local news reporter called him out on it . . . Snoop said, quote, “Man, shut the [eff] up . . . I’m here . . . be happy I’m here and ask some real questions.” He added, quote, “I was late ’cause I went to go get some chicken wings, ’cause I wanted to go see Norway up close and personal, and visit an old folks’ home.  I went to a convalescent home.  That’s why I was late.” We’ve got a video on today’s show blog of the news report WARNING:  It’s UNCENSORED, and has an F-BOMB and N-words. 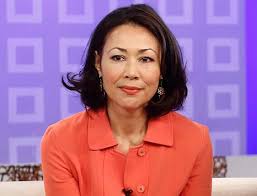 There’s no official word on why NBC forced ANN CURRY out . . . but the prevailing speculation is that it was a combination of:  A decline in ratings . . . and / or MATT LAUER asking for a new co-host when he renegotiated his contract earlier this year. If Matt was NOT an ANN FAN . . . that explains the awkwardness between them when Ann announced her departure on yesterday’s “Today” show. However, he talked as if he thought the world of her.  So if she’s so amazing, then why did she have to go . . . just ONE YEAR after taking over for MEREDITH VIEIRA?  Someone DID think she had to go, and it wasn’t Ann. In an interview with “USA Today”, she said, quote, “I don’t want to leave.” When asked if she thought she’d gotten enough time to work out the “kinks,” she said, quote, “No.  I do not.”  And when asked if she would have liked more time, she said, quote, “Oh, sure I would have.” By the way, we’ve heard that NBC booted Ann despite owing her a guaranteed $20 MILLION over the next two years.

If tabloid reports are to be believed. RadarOnline.com reports that Matt Lauer’s romantic affairs are dictating who will sit next to him as co-host on the morning show. A source told the site that Lauer’s wife has threatened to divorce him if Natalie Morales gets the gig — because the two reportedly had an affair when they were covering the Winter Olympics in Italy in 2006. Because of the affair rumors, sources have also speculated that Lauer is actually the father of one of Natalie’s children. An insider told The National Enquirer, “When his wife heard about Ann getting the boot, the first thing she told Matt was that she didn’t want him cozying up any closer to Natalie. In fact, she drew a line in the sand and said if he pushed show bosses to make Natalie his new co-host, she’d divorce him. She knows Matt is the key to the Today franchise and his bosses will put whoever he wants in the co-host chair.” It’s been widely reported that Savannah Guthrie is “a lock” for Curry’s old job. Separate reports claimed that Natalie — who has been at the network for much longer than Guthrie — was livid after learning she’d been passed over.

ALEX TREBEK spoke with “People” magazine yesterday about the heart attack he had last weekend. He said, quote, “Maybe I’ll take a little better care of myself, but I wouldn’t count on it.” Alex said he was doing some work around the house with a heavy ladder when he experienced, quote, “a squeezing, tight pain.”  At first, he thought it was just a muscle strain. He wasn’t even going to get it checked out until his wife insisted. Alex is 71, and this is his second heart attack in five years.  But he’s got a good sense of humor about it. He says, quote, “It’s just an attempt to get attention.  [It had] almost as big an effect as when I shaved my mustache 12 years ago.” 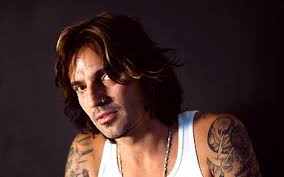 MOTLEY CRUE drummer TOMMY LEE would like his fans to know two things:  He LOVES you . . . but NO, he won’t take a picture with you.  Seriously.  So stop askin’. Tommy explained more in a long post on the band’s Facebook page. Basically it boils down to this:  He says, quote, “I [effing] LOVE my fans! . . . What I have a problem with is:  Taking pictures!  I hate it!  [It] irritates the [eff] out of me when people say ‘You owe it to your fans, they put you where you are.’ I certainly don’t owe anybody anything!  When I bought all my LED ZEPPELIN records and concert tickets, I didn’t say, ‘One day these [effers] are gonna owe me a picture.  It’s the least they can do for me!’ What the [eff], people?  I’m not here to take pictures with you, I’m here to entertain you!  Nobody put me where I am but ME! . . . What I do owe myself and others is being THE BEST I can be! People do we really need a silly picture?  For what bragging rights?  Really?  Who [effing] cares!”

NEW MOVIES IN THEATERS THIS WEEKEND
#1.)”Ted” — Mark Wahlberg plays a guy who wished his teddy bear could talk when he was little . . . and actually GOT his wish.  But now they’re both grown up, and his foul-mouthed bear is causing trouble with his new girlfriend . . . so ‘Ted’ has to move out on his own. It’s the first movie from Seth MacFarlane, the guy behind “Family Guy”, who also does the voice of Ted.  Mila Kunis is the girlfriend.

SIDE NOTE ON MARK WAHLBERG: FUNKY BUNCH leader MARKY MARK WAHLBERG probably never went to bed by 9:00 P.M.  But for 41-year-old MARK WAHLBERG, that’s bedtime. He says, quote, “You’d be amazed with what you can do once you stop drinking and going out at night . . . Today I was up at 4:30 A.M., played an hour and a half of basketball, then went upstairs. “We got the kids out of bed, got them off to school and I was at church by 7:45 A.M.  These days I’m in bed by 9:00 P.M. at the latest.”

#2.)  “Tyler Perry’s Madea’s Witness Protection” — Eugene Levy enters witness protection with his wife, mother, and two kids after his firm is caught laundering money for the mob, and they all end up at Madea’s house.  Denise Richards plays his trophy wife, and Doris Roberts is his senile mother. The cast also includes Romeo, Marla Gibbs from “The Jeffersons”, John Amos from “Good Times” and, of course, Tyler Perry as Madea, Joe and nephew Brian.

#3.)  “Magic Mike” — Channing Tatum’s stripping movie is based on the TRUE story of his brief stint as a male stripper before he was famous.  But he doesn’t play himself, Alex Pettyfer from “I Am Number Four” does. Channing plays his mentor . . . Magic Mike. Matthew McConaughey is the club owner, and he gets up on stage to dance too.  The other strippers are Joe Manganiello from “True Blood”, Adam Rodriguez from “CSI: Miami”, Matt Bomer from “White Collar”, and rassler Kevin Nash as Tarzan. Olivia Munn, and Lisa Marie Presley’s daughter Riley Keough are in it too.

#4.)  “People Like Us” — Chris Pine finds out that his dad’s final wish was for him to deliver $150,000 in cash to a 30-year-old sister he never knew he had.  But he forms a relationship with her and her son before telling them who he really is. Elizabeth Banks plays the sister, Olivia Wilde is his girlfriend, and Michelle Pfieffer plays his mom.