Film and television actor ERNEST BORGNINE, who won an Academy Award for 1955’s “Marty,” has died at age 95. 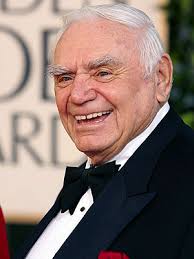 HOWIE MANDEL called 911 on two people having sex in his bathroom at his 4th of July party.  After hearing the sounds at around 1am on July 5, Mandel is thought to have called the police as he was worried that a sexual assault was taking place. However, when the police arrived at the scene and interviewed the people involved, they discovered that it was a consensual encounter. The man and woman, both aged 21, reportedly confessed that the intimate moment had taken place after they had been drinking alcohol.

The band, CROMAGS canceled a show because a former bass player stabbed a few of the bandmates at the CBGBfest . New York hardcore legends the Cro-Mags have posted a message online through their official Facebook page commenting on the recent incident at a show with Sick of it All, where former bassist Harley Flanagan entered the VIP Room with a knife and attacked several people. A statement from the band reads as follows:  “WE… as a band are truly sorry for the way it all turned out in every regard even the ex-member who’s family is now effected by his choices. Our prayers go out to them as well as Mike C., and the others who were hurt, but it was ‘his’ choice to come to our concert with a hunting knife, standing by our dressing door. Who knows what his actual intent was, obviously he wasn’t there with it to cut bread for a peace offering as he was heard saying outside he was putting an end to us playing without him. Let’s move on now & stop the trash-talking. Keep that PMA – that’s what we are all about.”

KATE BECKINSALE doesn’t like underwear.  The actress admits she feels more comfortable without underwear, and would only consider donning underpants if her outfit didn’t consist of much material.  “I don’t wear knickers,” said the sexy star.  “I mean, unless I’m wearing a very short skirt, or maybe if I am going on a mountain expedition with extra layers. But no, I don’t like them.”

USHER’s 11 year old was struck in the head by a jet ski. This tragic event happened Saturday and left Kile and a 15-year-old female companion in critical condition. They are at the Children’s Healthcare at Egelston Hospital in Atlanta. The accident is still being looked into but alcohol has been ruled out as a cause of the collision. The verdict on the incident might not be confirmed for another couple months.

JERRY SEINFELD is back with a new show – on the Web. The star of the 1990s hit TV comedy “Seinfeld” is creating and starring in a new web series called “Comedians in Cars Getting Coffee,” in partnership with Crackle, Sony Pictures Entertainment’s online video outlet. Set to launch July 19 at 9 p.m. EST, the show is being promoted online with a cryptic, one-minute video on Crackle’s YouTube channel and a 18-second video on the show’s website. The clips show Mr. Seinfeld sitting in several different cars, alongside other comedians, including Ricky Gervais, Alex Baldwin and Mr. Seinfeld’s co-creator on “Seinfeld,” Larry David.

FRANK OCEAN, rapper, has come out of the closet recently.  Lil Scrappy had something to say aboot it.  “I’m glad that he came out and said he was gay, because we have straight women that love straight men. I’m glad he embraced that so they can embrace it and they won’t be messing with him, you dig?” he explained.  When the interviewer asked if he meant gay people were the cause of AIDS, Scrappy replied: “No, it’s a doorway, it’s a doorway for it.” Interviewer asked: “That gay is a gateway to AIDS?” To which Scrappy replied: “Definitely. It’s scientifical. It’s not from my mouth, it’s scientifical.” Scrappy then went on to claim that many other rappers are also in the closet: “Half the rappers are gay. The real gangsters are gay, but they just ain’t coming out. I’ma tell you, I’m straight I love women.”

RUN DMC is rumored to be back together.  A source close to both camps revealed that a high-level meeting took place between Run and DMC.  While details of the reunited pair’s upcoming business deals were not revealed, plans are secure and in place for the future of Run-DMC.  “Run-DMC is definitely back together, and it’s a great day for Hip-Hop,” a source told AllHipHop.com.