A 12-year-old girl was Tasered by a police officer inside a Victoria’s Secret store in St. Louis last week. The officer says that the girl, Dejamon Baker, was physically interfering and refusing to back away as he attempted to arrest her mother, Charlene Bratton, according to KSDK. He had approached Bratton because she had several outstanding warrants for unresolved traffic tickets. During the arrest attempt, Baker, along with another unidentified female, “charged the officer,”. He ultimately arrested Bratton, Baker, and the third female, though only the 12-year-old was subjected to the electrical shock. It’s unknown what charges they face. 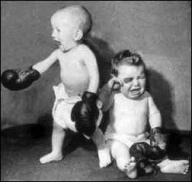 Check out this VIDEO:
Latonya Davis, 21, is charged with endangering the welfare of a child by the City of St. Louis.  Police say that she was caring for her two year old daughter and babysitting a three year old boy.   She allegedly directed the two to fight and recorded the action and posted it to facebook.  In the video the defendant can be heard laughing while the fighting children cry hysterically.   At one point the mother says, “Got some action! Got some action!” the woman can be heard yelling as she shoots the video.  “Y’all better ball up some fists!” In a probable cause statement released by the Circuit Attorney of St. Louis it says, “The defendant poses a danger to a crime victim, the community, or any other person because defendant took obvious pleasure and amusement in causing a three and a half year old child and a two and a half year old to engage each other in a physical fight.”

A Canadian woman’s day reportedly went from bad-to-worse when she chose to falsely accused her father of rape after a failed suicide attempt in which she anally mutilated herself with a pair of scissors. “When I found out I survived it I didn’t know what to do, I was lying there medicated,” the unnamed woman said in court. She told provincial court Judge John Bascom that – after her October 2010 suicide attempt had failed – she decided to blame her father for her injuries. She then formally accused him of raping her anally. The father was twice interviewed by police butt denied involvement. The woman’s father was not charged after investigators concluded that the woman’s injuries were consistent with that caused by a knife or scissors. Investigators were able to finally get to the bottom of the matter after the woman admitted to using scissors to cause her wounds. The woman faces up to 3 1/2 years in jail. She is free on bail until sentencing on August 28. 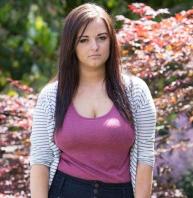 A British woman claims that her addiction to cheese fries has prevented her from falling in love. 18-year-old Abi Stroud said “Selective Eating Disorder” and has panic attacks at the thought of eating other types of foods. She’s so embarrassed about the condition she stays away from other people, thus the lack of boyfriend. She explained, “I hate it. I never go for dinner with friends. When people ask me to try something different I feel sick and dizzy. A teacher tried to get me to eat a chicken nugget and I burst into tears.”

Ashley Barber and Jade Olmstead were ordered to stand trial last week in the May killing of Ohio woman Brandy Stevens, who was found buried in a shallow grave in the woods near their western Pennsylvania home. Barber, 20, and Olmstead, 18, are charged with homicide, conspiracy and evidence tampering.State police alleged that the two Pennsylvania women invited the 20-year-old Stevens to their home on May 17, and then savagely beat and choked her and rolled her into a shallow grave in the woods. Trooper Eric Mallory said when they saw that Stevens was still breathing in the grave, they allegedly poured water into her mouth and nose to try to drown her. Authorities said Stevens eventually suffocated in the grave. BITCH BE TRIPPIN!

Woody and Rizzuto: Insensitivity Training For A Politically Correct World. Class is in session Mon-Fri 6am-10am (central). Stream live: http://1057thepoint.com
View all posts by war1057 →
This entry was posted in Bitches Be Trippin and tagged Audio, be, bitch, crazy, Hilarious, trippin, woman. Bookmark the permalink.